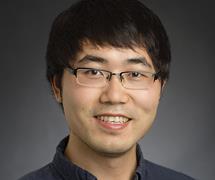 Liang Gao
ECE ILLINOIS Assistant Professor Liang Gao’s research is improving microscopic imaging, and a new $1.7 million grant from the U.S. Department of Health and Human Services will give his team a boost as they pursue ultrafast bioimaging and the promise of several fundamental scientific discoveries.

To gain a deeper understanding of the underlying biological mechanisms at the molecular level, scientists need ultrafast imaging tools. These molecular interactions and events can take tens of microseconds or tens of femtoseconds. (A femtosecond is one quadrillionth of a second.)

Current technology can’t robustly capture these events. “Heretofore, most ultrafast phenomena at microscopic scales were probed using non-imaging-based methods,” Gao said. “However, since most transient molecular events are a consequence of a cascade of molecular interactions, rather than occurring in isolation, the lack of images limits the scope of the analysis. On the other hand, despite the capability of capturing two-dimensional images, conventional cameras based on electronic image sensors, such as CCD and CMOS, fall short in providing a high frame rate under desirable imaging conditions due to electronic bandwidth limitations.” 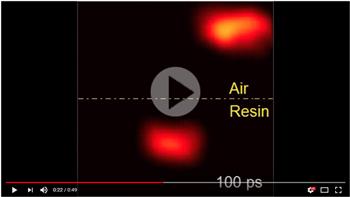 Click to watch a movie of a series slow-motion images captured by the iOptics camera in 2014
His group’s solution is to compress image data before it is digitized and transferred to the host computer, thereby reducing the bandwidth and hardware needed to capture even high-speed image data. This research will explore frame rates up to ten THz that conventional high-speed cameras can’t capture. “The resultant research program will ultimately lead to a new generation of ultrafast bioimagers and make transformative advancements to the state-of-the-art methods,” Gao said.