The Genius of Generosity

Real stories of how donors made a difference.

ECE ILLINOIS alumnus Keundo Park (BSEE ’95) knows firsthand the stress, fear, and struggles that come along with paying for a college education- especially when you come from a family with limited financial resources. “I wouldn’t say we were ‘dirt poor,’ but we were pretty poor,” explained Park.

Park fought and overcame financial obstacles to attend the University of Illinois at Urbana-Champaign by competing for, and earning, an ARMY ROTC scholarship. “That really helped get me through school without debt,” said Park.

However, it wasn’t the same for many of his peers. “It put something in me that said there has got to be a better way.” Park dreamt of a way to help students get through college without taking on so much debt. Today, his dream is becoming a reality.

“My hope is that I can help in a small way to give those young students, who have the aptitude but just don’t have the financial means to get there… an option to say ‘Here is a potential scholarship that will help me choose ILLINOIS.”

Park thrived at ECE ILLINOIS and went on to serve as an Army Signal Corps Officer. He held various leadership positions from Platoon Leader to Brigade Signal Officer in the United States and Republic of Korea. He spent nine years in the private sector as a strategy and technology consultant. Park later returned to the United States Army as an operations research analyst. He currently works as a management and program analyst for the Federal Air Marshal Service.

Giving back to ECE ILLINOIS was something Park thought he would do years down the road, but The Grainger Matching Challenge offered him an opportunity to double his money and double the impact.

“My goal was to do this later on when I had a lot more wealth to give but how can you not take advantage of The Grainger Matching Challenge? You double your money!”

The Grainger Matching Challenge will match donations up to $25 million to Engineering at Illinois’ undergraduate scholarship endowments from January 1, 2017 — December 31, 2019. Learn more at GIVING TO ECE ILLINOIS .

When choosing a college, cost was the largest factor in Omar Joya’s decision. Thankfully, an Engineering Visionary Scholarship, combined with other support, allowed him to choose ECE ILLINOIS over competing offers.

“Many competitive programs do not carry the collaborative and supportive environment Engineering at Illinois continually tries to foster. For this reason, I could not be happier to attend this institution.” During his freshman year, the caliber and rigor of the coursework was intimidating, but support from faculty, staff, and his peers helped him persevere.

This supportive and collaborative environment is what makes Illinois unique. Omar has been involved with the Society of Hispanic Professional Engineers during all four years at Illinois. Through this organization, he has met countless mentors and peers who have helped him pave the way for the rest of his career. One of his favorite undergraduate memories traveling to Beijing and Shanghai over the summer with the Hoeft Technology and Management Program.

Omar is also a member of the Marching Illini. Along with his saxophone, he has traveled with the group Dublin, Ireland, for the St. Patrick’s Day Parade and New York City for the Macy’s Thanksgiving Day Parade.

Omar is grateful for the incredible support of our alumni and donors. “My entire story as an engineering student would not have been possible without the support of donors. A gift goes a long way; it does not just go to a scholarship – it goes to an infinite set of experiences that otherwise would not have been possible.” For this, he is proud to carry the University’s name with him as he strives to make a difference in the world. “I hope that further down the line, I can support future students achieve their goals and dreams, just like someone supported me.”

Following graduation this spring, he heads to Microsoft for an internship in the hardware engineering division. He plans to return to campus in the fall to pursue a graduate degree in electrical engineering.

Lisa Hackett believes that optical biosensors are the key to more accurate cancer detection and diagnosis. As a PhD candidate, she is developing nanoplasmonic devices that detect cancer biomarkers with a higher level of sensitivity than traditional tools.

Thanks to the Linda Su-Nan Chang Sah Doctoral Fellowship, Lisa can explore new areas of research, focusing on physics instead of funding.

“It’s been a huge gift for me. When you have a fellowship, there is definitely a sense of relief and a sense of freedom,” she said. “It has allowed me to pursue projects that have a higher risk and higher reward.”

Lisa's success comes from hard work, creativity, and the support of the community of women engineers at Illinois. “They have helped me grow into the researcher I want to be.”

Thank you to the donors who made the ECE Building a reality. Watch ECE students, faculty, and staff describe how the building has changed their lives. Learn more about THE BUILDING CAMPAIGN FOR Illinois ECE or make a donation in support of the project.

Li chosen as an Engineering at Illinois Faculty Entrepreneurial Fellow 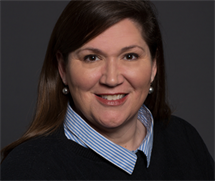 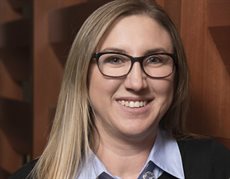 Please reach out for more information about other giving opportunities, questions about making a gift or to discuss how you would like to make an impact with the Department of Electrical and Computer Engineering.