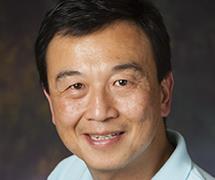 Wen-Mei W. Hwu
ECE ILLINOIS Professors Nam Sung Kim and Wen-mei Hwu plus CS @ ILLINOIS Professor Sarita V Adve, also an ECE affiliate faculty member, will be developing algorithm-driven architectures as part of their research for the Applications Driving Architectures (ADA) center, one of six JUMP research centers. These architectural components could potentially be used for the development of future electronics and systems concerning computing applications such as cognitive and natural language processing applications. The ECE faculty members are also affiliated with the Coordinated Science Lab. 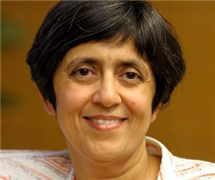 Sarita V. Adve
According to the University of Michigan, the ADA "will develop a transformative, "plug-and-play" ecosystem to encourage a flood of fresh ideas in computing frontiers such as autonomous control, robotics and machine learning."

Due to the shrinking size of devices, it is important to be able to offer the same rate of performance for future applications. Along with exponential growth of generated data, the environmental impact of operating power-hungry datacenters, and mobile devices that require more complex applications, the need for faster, smaller, and more energy-efficient computers is now more important than it has ever been.

The University of Illinois is one of over 30 U.S. universities that will be participating in this research initiative. JUMP consists of six different research centers - four vertical JUMP centers and two horizontal JUMP centers. DARPA reported that "the challenges of the "vertical" research centers focus on accomplishing application-oriented goals and spurring the development of complex systems with capabilities well beyond those available today." 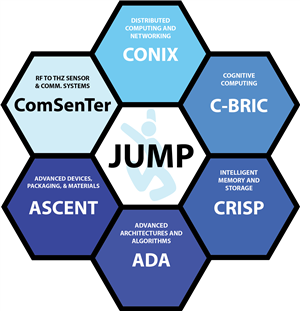 The two horizontal research centers "take on the challenge of driving foundation developments around specific disciplines with the goal of creating disruptive breakthroughs relevant to JUMP sponsors, including advanced architectures and algorithms, and advanced devices, packaging, and materials."

One of the horizontal research centers, the ADA center, is made up of eight institutions, one of them being the University of Illinois. Among the eight other universities (which include Stanford, MIT, UC Berkeley, U of Michigan, U of Washington, Princeton, and Harvard), Illinois is the second largest participating team in the ADA center and is only second to Michigan in terms of the number of participating faculty members and budget ($3.75M).