Graduate student Jacob Daniel Bryan knows that ECE 445: Senior Design can be a pressure cooker for undergraduates. As former head TA, he has helped guide students as they envision and build a working prototype that demonstrates their design skills in a matter of months. The process can take years in the real world. Roughly half of their grade is determined by a demonstration, presentation, and paper that come in the last few weeks of class. For those who succeed, it’s an exhilarating experience that helps prepare them for an amazing career. For those who struggle, however, it can be a whole other story. Jacob Daniel Bryan
He remembers one student who experienced the latter, watching a job offer slip from his grasp when he failed the class. Determined to succeed, however, he took the course again. This time he achieved much better results, thanks in part to the communication skills he gleaned from Skills for Presenting Engineering and Applied Knowledge (SPEAK). Engineers SPEAK is a unique collaboration between ECE ILLINOIS and the Department of Communication that’s helping engineering students on the eve of one of the biggest presentations of their undergraduate careers. Jonathan J. Makela
“I’ve tried to impress upon the students that, no matter how brilliant you are, if you can’t convince someone of that brilliance, it’s all for naught,” said ECE ILLINOIS Professor Jonathan J Makela, who is also the next Associate Dean for Undergraduate Programs for the College of Engineering at Illinois and part of the Engineers SPEAK leadership team. The problem, Makela says, is helping students find the time to develop their communication skills in a curriculum that’s already packed. 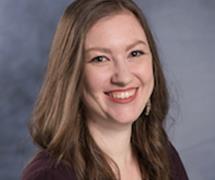 Ann Bryan
Students in Senior Design have received some coaching in the past, however it came from engineering TAs with no formal training in communication, and it failed to move the needle. When faculty decided to reach out to the Department of Communication for help, Bryan knew just the person to talk to—his wife Ann Bryan, who just happened to be a graduate assistant in the program. “She teaches communication, and I’m passionate about engineering,” said Jacob. “So, I ended up just kind of dragging her into it, and it bloomed.”

With the encouragement of then ECE ILLINOIS Professor Scott Carney, Ann Bryan recruited additional communications TAs. Together they began providing students with the help they needed to improve their presentations, teaching them how to stand, how to breathe, how to eliminate verbal fillers, and why all of those details mattered. With their expert guidance, they saw big results.

“The semester prior to these workshops, students had sort of the standard bell curve for their presentation scores,” said Jacob Bryan. “The first semester we did this workshop, everyone was just slammed on the high end.”

It was no small change. Average scores jumped by an astounding 50 percent, necessitating a change in the grading rubric. There was just one problem, however. No one was getting paid. 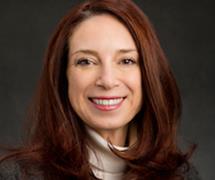 Grace Giorgio
“We had all of these communications people helping out of the goodness of their hearts,” said Ann Bryan, but they were all volunteers. So, Carney lead the drive to pursue a Strategic Innovative Instructional Program (SIIP) grant along with help from others, including Grace Giorgio, a course director in the Department of Communication who was already looking for a way for the departments to connect.

For Giorgio, the idea came a few years earlier when she heard an engineering dean say that students needed strong communications skills in order to lead. “I just remember cataloging that into my brain going, there could be a collaboration between communication and engineering. And I would like to see that happen.” With Giorgio on board as course director, they soon received the grant, and Engineers SPEAK became a funded program.

While some things have changed since they started, the basic set up remains the same. Students sign up as a group for the required clinic, and then each member from that group gives five minutes of their presentation to a small team of teaching assistants from ECE ILLINOIS and Communication who offer their feedback.

Whenever possible, that team includes both a TA from CMN 101, which focuses on the basics of public speaking like breathing, and a TA from CMN 111/112, which concentrates more on critical thinking and argument, giving the students the benefit of both perspectives. There are no grades and no faculty present, providing students with a chance to present to a friendly audience that wants them to succeed.

Not every student arrives with the best frame of mind. “Some of the teams’ demos have literally failed days ago,” said Ann Bryan. “The biggest portion of their grade just collapsed, so they’re in a very vulnerable position.” For these students, the team often acts as cheerleaders, helping them get excited about their work and learning ways to successfully talk about failure.

Another thing they emphasize is problem solution. “It’s the essential thing in 445 that we’re trying to get them to think on,” said Jacob Bryan.

“We can challenge them a little bit on that,” said Ann, “and it forces them to clarify their thoughts.”

Both Jacob and Ann have been impressed by the students’ ability to assimilate what they learn. Groups that present later in the clinic often make adjustments based on the feedback of those who’ve gone before, and Jacob says he often sees students do things in the final presentations he knows they were taught.

Of course, students aren’t the only ones to benefit from the inter-departmental collaboration. “For the Com GAs it’s a very valuable experience, because they have the opportunity to interact with engineering students, talking about technical aspects of what they’re doing,” said Makela.

Giorgio agrees, adding that having that experience on their CV can really open doors. For Ann Bryan, there’s another benefit. “It’s interesting to translate what we do to a totally different audience and talk about technical presentations,” she said, adding that the exercise has enhanced her ability to teach communications students.

With their success, the program has expanded, offering clinics for other engineering classes where presentation plays a key role, including senior design courses in the Department of Mechanical and Systems Engineering and the Department of Agricultural and Biological Engineering. The team plans to apply for one additional year of funding from the SIIP grant. After that they will need to find a more permanent funding source if it’s going to continue. Makela hopes it will, adding that it serves a unique role for engineering students. “Having it presented in this method where it’s still the right people presenting the material to them, but at a time that is convenient and impactful for them, I think, is really the way to go.”

Jacob knows of at least one clinic graduate who would agree. After initially losing a job offer, Jacob says the student he mentioned earlier not only passed the second time through ECE 445, he landed his dream job. In a thank you email he later wrote to Carney, the student says the company told him that one of the key reasons they hired him was his ability to communicate technical knowledge, which he attributes directly to Engineers SPEAK. That’s music to the ears of those who’ve worked hardest to make it happen. “Things like that,” Ann Byan says, “make it totally worth it.”