Sanders, co-PI of the Cyber Resilient Energy Delivery Consortium (CREDC) at Illinois, was one of four witnesses who testified before Congress in October 2017 as part of a hearing titled "Resiliency: The Electric Grid's Only Hope." The hearing was held by the Committee on Science, Space, and Technology. Sanders is one of the authors of “Enhancing the Resilience of the Nation's Electricity System." This congressionally mandated report by the National Academies of Science, Engineering, and Medicine was released in July 2017 and prescribes specific actions to improve the reliability of individual grid components and an increased integrated perspective among the U.S. Department of Energy (DOE), U.S. Department of Homeland Security (DHS), state groups, and private utility stakeholders. 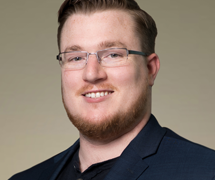 Robert M. Lee
Robert M. Lee, advisory board member of CREDC at Illinois and CEO of Dragos, Inc., will also testify. He is also a non-resident National Cybersecurity Fellow at New America focusing on policy issues relating to the cyber security of critical infrastructure.

Live streaming of the hearing will be available on the committee’s website.