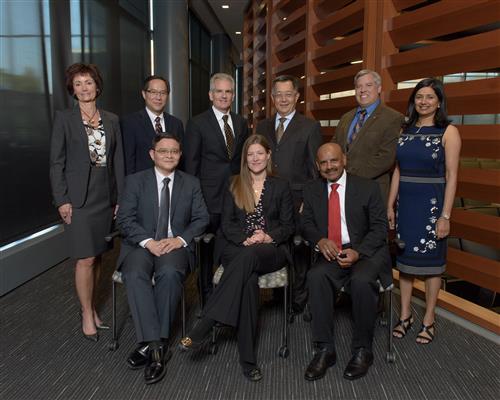 The Marcia Peterman ECE Award was established by the Electrical and Computer Engineering Alumni Association to honor the memory of Marcia Peterman. The award is presented annually to an alumnus for dedicated service to the department. 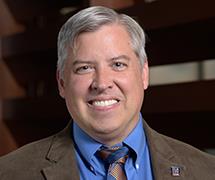 Christopher George, 2017 Marcia Peterman ECE Alumni Award winner
The 2017 award was presented to Chris George (BSCompE ‘97, MSEE ’99) “for fostering deep, lasting relationships between alumni and the university while demonstrating the broad impact of an engineering degree.” George is an intellectual property attorney at Hanley, Flight & Zimmerman. He transitioned into intellectual property law after completing his graduate research in Professor Wen-mei Hwu’s IMPACT lab, where he focused on compiler technologies and software optimization. He has served as past president of the ECE Alumni Board and continues to increase alumni engagement and mentor students.

The Young Alumni Achievement Award recognizes young alumni (younger than 40 years old) who have made outstanding professional contributions to their fields since graduating from ECE ILLINOIS. 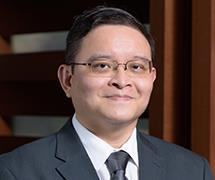 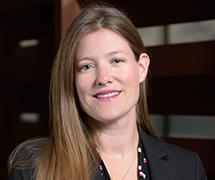 Joanna Parke, 2017 Young Alumni Achievement Award winner
Joanna Parke (BSEE ’00) was recognized “for creating radical change in the hiring practices of the tech sector through dedication, innovation, and leadership.” Parke is the Group Managing Director at ThoughtWorks, overseeing the largest market for the global IT company that operates in 15 companies. She began at ThouthWorks as one of only four female software developers and moved into project management, program management, and client engagement. She led a five-year diversity effort that nearly doubled the percentage of women and minorities on ThoughtWorks’ North American technical staff.

The Distinguished Alumni Award honors ECE ILLINOIS alumni who have made professional and technical contributions that bring distinction to themselves, the department, and the university. 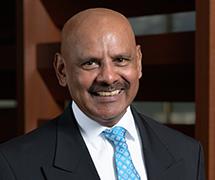 Azar Ali, 2017 Distinguished Alumni Award winner
Azar S. Ali (BSEE ‘81, MSEE ’86) was honored “for promoting peace through leadership and technical contributions to the U.S. Air Force.” Ali is the primary authority and integrator of Pacific Air Forces’ (PACAF) science and technology requirements. He provides technical expertise and serves as the interface between PACAF and entities including NASA, the Department of Energy, and other major commands, services, industry, federally-funded research and development centers, and the scientific community at large. 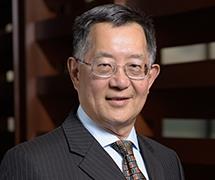 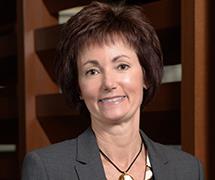 Shelley Lavender, 2017 Distinguished Alumni Award winner
Shelley Lavender (BSCompE ’86) received the award “for outstanding business and technical leadership in aerospace engineering and defense.” Lavender is the senior vice president of Strike, Surveillance, and Mobility, a division within Boeing Defense, Space, and Security (BDS). The division is one of the world’s largest providers of military airpower. Lavender also serves as the BDS program management leader, as well as the company’s senior executive for the St. Louis region. 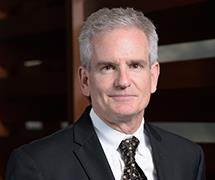 Jo Major, 2017 Distinguished Alumni Award winner
Jo Major (BSEE ‘85, MSEE ‘86, PhD ’90) was honored “for the development of the first 980nm pump lasers and leadership in the optical communications industry.” Major is the CEO of InSite Partners, LLC. He co-founded the technical investment firm in 2008 to innovate products for investment and technical support, leading to publications and patents in the fields of remote sensing, 60GHz chip design, and power distribution in ethernet systems. Major received all three of his degrees from ECE ILLINOIS, with his PhD research performed under Professor Nick Holonyak, Jr. 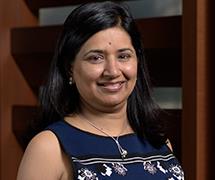 Sundari Mitra, 2017 Distinguished Alumni Award winner
Sundari Mitra (MSEE ’88) was celebrated “for passion, perseverance, and technical contributions as a leader in the semiconductor while inspiring the next generation of female engineers and entrepreneurs.” Mitra is the CEO and co-founder of NetSpeed Systems. She has more than 25 years of experience in the semiconductor sector as a senior executive, entrepreneur, and engineer. Previously, Mitra founded Prism Circuits and served as its CEO from its inception in 2006 to acquisition by MoSys three years later. 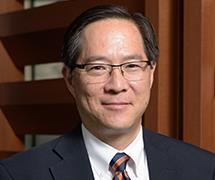