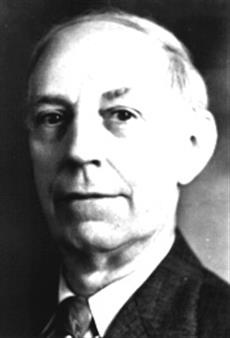 Prof. Ellery B. Paine was the head of the UI Department of Electrical Engineering for 31 years and was responsible for bringing Joseph Tykociner, the inventor of sound-on-film movies, to the UI after Tykociner left Russia during the revolution of 1917. The new technique was developed in UI laboratories in 1921. At the first public demonstration of sound film, in 1922, Paine was chosen as the subject. "Not being able to think of words worthy of this recording, I decided to repeat Lincoln's Gettysburg Address," he recalled later.

Prof. Paine graduated from Worcester Polytechnic Institute, Worcester, Mass., in 1897. He received a master's degree from the school the following year, and an electrical engineering degree in 1904. As a WPI graduate student he designed and built a transformer that produced higher voltages than had ever before been produced by a single transformer.

The Paine Award is one of four awards in the Department for Juniors. Applications for the award may be submitted online beginning in January of each year. The top candidates are interviewed by a faculty committee.

The recipient is presented with the stipend check at the annual ECE Award Banquet in April. The name of the recipient is engraved on a plaque to be displayed permanently in Everitt Lab.