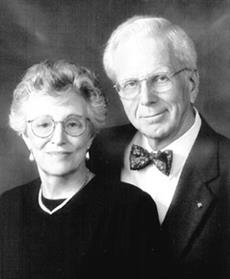 After October 1999 Dr. Ernst served as Allied Signal Professor of Engineering at the University of South Carolina. He was IEEE Vice President for Educational Activities during the 1981-82 academic year. His service with ABET covers the period from 1977 to 1992 and includes: Chair, Engineering Accreditation Commission (1985-86); President (1989-90). He was the founding Editor of the ASEE Journal of Engineering Education (1991-1996). He is a member and Vice-Chair of the International Engineering Consortium (IEC) Board of Directors. He is a Fellow of IEEE, AAAS, ASEE, ABET and IEC, and a member of Sigma Xi, Tau Beta Pi, Eta Kappa Nu and Phi Kappa Phi. Other awards he has received include the Halliburton Award for Leadership in Engineering Education (1983), the IEEE EAB Meritorious Achievement Award in Accreditation Activities (1985), the IEEE Education Society Achievement Award (1989), the Linton E. Grinter Distinguished Service Award from ABET (1992), the Distinguished Alumni Award from the Electrical and Computer Engineering Alumni Association (University of Illinois) in 1994, and the ASEE Recognition of Contributions as Editor of the Journal of Engineering Education (1996).

Each semester the faculty are asked to nominate their outstanding students for this award. The committee will review the nominations and select the recipient.