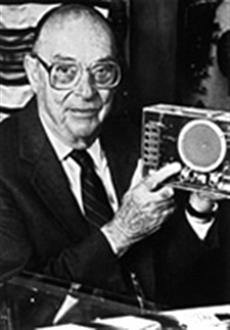 After finishing high school at age 15, John Bardeen entered the University of Wisconsin and, in spite of his interest and ability in mathematics and physics, studied electrical engineering, receiving a B.S. in 1928 and an M.S. in 1929. Instead of finishing his graduate education, Bardeen followed a University of Wisconsin professor to Pittsburgh to work (1930-1933) for Gulf Research and Development Corporation on problems dealing with oil exploration.

In spite of his success working on geophysical problems, John Bardeen quit his steady employment with Gulf in the heart of the Great Depression to go to graduate school at Princeton University (1933-1935). He received his PhD in mathematical physics in 1936. John Bardeen took a position (1935-1938) as a junior fellow of the Society of Fellows at Harvard. It was Bardeen's Princeton and Harvard years that laid the foundation for his future work. After Harvard, John Bardeen took a teaching position (assistant professor, 1938-1941) at the University of Minnesota. Before World War II actually began, he went on leave to the Naval Ordnance Laboratory (1941-1945) and worked on problems of ship degaussing and underwater ordnance. At the war's end, he joined the newly formed Bell Telephone Laboratories group that set about acquiring a more fundamental understanding of semiconductors and launched the search for a solid-state replacement for the vacuum tube. He left Bell Labs in 1951 and came to the University of Illinois, where he spent the rest of his life.

John Bardeen had a unique influence on the technical and scientific life of our time. He, with Walter Brattain, identified minority carrier injection in semiconductors and invented the transistor, which won them the Nobel Prize in physics in 1956. This event started a revolution in electronics and computer technology that is unparalleled and that continues to grow. No other invention of our time has had such a profound effect on society. John Bardeen had an equally profound influence on contemporary physics with the creation of the BCS theory of superconductivity, and its far-reaching influence on superconductivity itself and on various related problems. For this discovery he was the co-recipient of a second Nobel Prize in physics in 1972.

Bardeen was regarded as one of the world's great solid-state theorists. He was equally renowned as, and was first, an engineer and inventor. His work shed light on nearly every corner of the field of solid-state physics and the conductivity of solids. The foundation of modern electronics rests on much of John Bardeen's work on the conductivity of solids. Even the light emitters and lasers of present-day optoelectronics rely on the mechanism of carrier injection that begins with Bardeen and Brattain's original bipolar transistor.

John Bardeen passed away on January 30, 1991. An article in Physics Today (April 1992) sums up his contributions when it says that "John Bardeen was a rarely gifted person and, of course received many honors, including the unprecedented award of two Nobel Prizes in physics. He was able to untangle and simplify problems--important, difficult (even messy) problems--that stopped the best minds. With the transistor and BCS theory of superconductivity, not to mention his other work, he left science and technology, and indeed the world, much richer than he found it. He, more than anyone else, can be said to be the "godfather" of modern electronics. We will always be inspired by him and be in his debt."

During the spring semester, applications will be available online through the ECE website. A committee of faculty will interview the finalists and make the final decision on the award recipient.

The award will be presented at the annual ECE Awards Banquet in April.