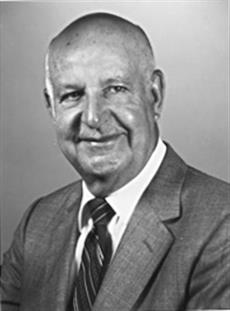 From 1942 to 1952 he was with the U.S. Air Force at Wright Field, Dayton, Ohio, and with the Cambridge Air Research Center where he was engaged in countermeasures, aircraft antenna, broad band impedance matching, and millimeter waves, for which he received a Meritorious Civilian Award from General T. Spatz. His PhD thesis was on the generation of microwaves via megavolt electronics using a magnetic wiggler.

Dr. Coleman is a Fellow of APS, IRE, OSA and a member of AAAS. He was on the founding committee of IEEE MTT in 1952, chairman of IEEE Quantum Electronics Council, Associated Editor of IEEE-JQE, member of the Hoover Medal Board of Award, and treasurer of IEEE DRC for over twenty years. He received the IEEE Centennial Medal in 1984. He has directed nearly fifty PhD and seventy-five M.S. degrees in EE and physics and published one hundred twenty papers in referee journals. Dr. Coleman became an emeritus professor of ECE in 1988 but is still active in graduate research. Dr. Coleman also won the IEEE-MTT Distinguished Educator Award in 1994.

The P. D. Coleman Outstanding Research Award has been established by his students and colleagues in honor of his outstanding mentoring of graduate students while at the University of Illinois at Urbana-Champaign. The award is presented to a  doctoral student who has demonstrated excellence in research in Dr. Coleman's field of interest.

The online application forms will be advertised on My.ECE. A complete application should consist of the student’s resume, his/her list of publications, and 2 letters of recommendation (one from the research adviser).