Peter Sauer, Grainger Chair Emeritus Professor of Electrical and Computer Engineering, passed away on December 27, 2022 in Urbana, IL. He was 76. 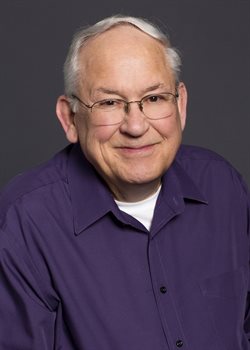 In 1977, he joined the University of Illinois Urbana-Champaign as a faculty member. At UIUC he taught courses and directed research on power systems and electric machines. His main contributions were in the modeling and simulation of power system dynamics with applications to steady-state and transient stability analysis. He authored/co-authored over 200 technical papers and a book with M. A. Pai, Power System Dynamics and Stability, which was published by Prentice-Hall in 1998. He retired from full-time service at the end of 2019.

Sauer served in the U.S. Air Force for 28 years (active and reserve), where he worked on electrical power distribution system design. He retired from the Air Force in 1998 as a lieutenant colonel.

Sauer served as the Program Director for Power Systems in the Electrical and Communication Systems Division of the National Science Foundation from August 1991 to August 1992. He was a co-founder of the nationwide Power Systems Engineering Research Center (PSERC) and of PowerWorld Corporation.

Sauer was once asked what he loved about engineering. “I love that you get a chance to think big and think small” was part of his response. As an educator and mentor, his favorite quote was “Students are candles to be lighted, not bottles to be filled” (adapted from Plutarch).

Sauer took his role of mentor and educator seriously. He ran the Grainger Power Engineering Student Awards program from its inception. He was so influential in his students’ lives that one former student, Bahman Hoveida, established a named professorship, The Peter Sauer - Bahman Hoveida Distinguished Chair in Electric Power, in his honor.

At Sauer’s chair investiture, Steve Kang, then the head of ECE, said, “Pete’s devotion to education goes well beyond the U of I classroom…. As a program director at NSF, Pete was instrumental in bringing together new initiatives for power engineering education and research. In particular, he helped create an industry-university collaborative research center on power systems.”

Sauer is survived by his wife Sylvia Sauer and children Katherine (Chris) McMahon and Daniel (Emily) Sauer. A memorial service will be held on Friday, Jan. 20, at Trinity Lutheran Church in Urbana with visitation at 10 am and the service at 11 am. A more expansive celebration of his life is being planned for May.

For more information about his life or to sign his tribute wall, please visit https://www.renner-wikoffchapel.com/obituary/Peter-SauerPhD#tributewall.