Illinois ECE alumnus elected to the National Academy of Engineering 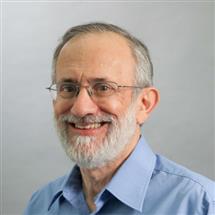 Among the highest professional distinctions for engineers, academy membership honors those who have made outstanding contributions to engineering research, practice, or education.

Emer is a Senior Distinguished Research Scientist at NVIDIA and a PhD alumnus of Illinois ECE. He is also a Professor of the Practice at MIT and is considered to be a pioneer in the development of computer performance analysis techniques. He was the 2009 recipient of the Eckert-Mauchly Award, a joint ACM/IEEE award for contributions to computer and digital systems architecture.

Emer previously worked at Compaq and Digital Equipment Corporation (DEC). He has held various research and advanced development positions investigating processor micro-architecture and developing performance modeling and evaluation techniques. He holds over 25 patents and has published more than 60 papers.

Emer was awarded an Illinois ECE Distinguished Alumni Award in 2011 for advancing the art of performance modeling and measurement of microarchitectures and for contributions to the design of leading-edge microprocessors.

He is a member of Eta Kappa Nu and Tau Beta Pi, and a Fellow of both the ACM and the IEEE. In 2009, he was the recipient of the prestigious Eckert-Mauchly Award, which is the highest professional recognition for contributions in computer architecture.

Read more on the five Grainger Engineers elected to the National Academy of Engineers Grainger's press release for more information.