Raluca Ilie
Illinois ECE Professor Raluca Ilie was recently awarded the NSF CAREER award to develop an improved understanding of the Earth-space environment or geospace. The Faculty Early Career Development (CAREER) Program offers the NSF's most prestigious awards to support early-career faculty who have the potential to serve as academic role models and lead advances in the mission of their department or organization.

"It is an honor to be recognized by the CAREER award, and join a long line of previous awardees, many of which are incredible scientists that made important contributions," said Ilie. "This 5-year award is a unique opportunity for scholars and scientists to bring about meaningful advancement."

Ilie's research focuses on improving the ability to model the space environment and this CAREER award will allow for her research group to study the injection and energization of charged particles in Earth's magnetic field using new methods. These novel techniques will clarify the connection between the macro-scale dynamics and micro-scale processes that govern geospace, and that eventually impact technological systems. 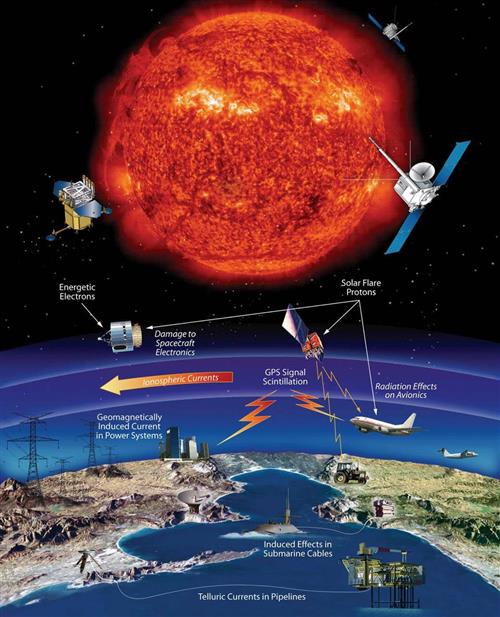 "I look forward to leveraging on this award to promote the efforts of the community dedicated to improving our understanding of geospace. Improving our ability to predict electromagnetic phenomena in the near-Earth environment is going to be a major part of humankind’s ability to venture into space and taking advantage of space assets to improve our lives here on Earth."

The development of high-performance computational models of the space environment is indicative of how the study of geospace is a global research effort. The joint effort of the US Air Force, NASA, NSF, tech companies, and power infrastructures has helped identify gaps in information and the problems that still require further investigation. This CAREER award will support the development of improved models that incorporate some of the processes that have been overlooked or not fully incorporated into predictive models.

In particular, Ilie's work pertains to the roles that inductive and convective electric fields play in infusing energetic particles into the Earth’s magnetic field. These electric fields take hold over vast regions around the Earth. They are completely invisible to the naked eye, yet they are a huge source of energy that feeds into the Earth’s magnetic field and drives many dynamics in the system as a whole. The convective electric field originates in the relative motion of the solar wind past the Earth, while the inductive field originates in smaller-scale phenomena within Earth’s magnetosphere. It turns out that many predictive models do not fully take into account this second, inductive field. 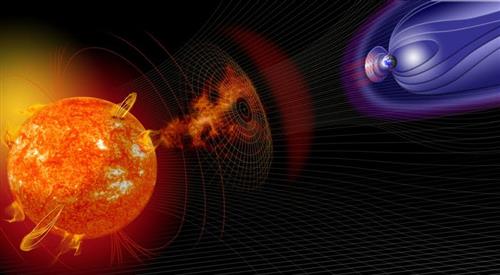 "The beauty of space-related research is that the systems we study are so vast and complex, that no one person can study them by themselves. I would like to thank all those I have worked with along the way, from former professors and advisors to colleagues and science program managers from multiple governmental agencies. This work requires coordination and vigorous discussions. I would especially like to thank my students, for doing incredible work and learning from them every day."