Professor Emeritus Paul E. Mayes died Friday, December 12, 2014, surrounded by his family at CU Rehab and Nursing in Champaign. He was 85.

Mayes was known by his colleagues and generations of students as someone who deeply understood both the theoretical electromagnetics of antennas and the practical constraints of their operation and real application. 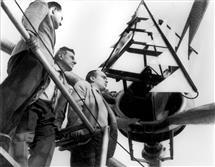 Mayes joined the Electrical Engineering Department at the University of Illinois in 1954 and served as faculty member in the department until his retirement in 1993. He became director of the Electromagnetics Lab in 1990 and served in that role until he retired. Four decades of research, teaching, and advising resulted in being an acknowledged international authority regarding the theory and development of broadband and electrically small antennas. He authored the textbook, Electromagnetics for Engineers, in 1965, and it was adopted as a graduate-level text in the U.S., Canada, and Latin America.

He advised more than 11 PhD and 45 MS candidates and was awarded 13 patents. He was honored as an IEEE Fellow in 1975 for “contributions to the theory and development of log-periodic antennas” and was a member of Sigma Xi, Tau Beta Pi, and Eta Kappa Nu. In addition, he chaired the annual Antenna Applications Symposium at Allerton Park in Monticello from 1977 until 1993. He consulted for more than 10 industrial firms and was the founder and owner of Tele-Comm Company in Champaign.

He was known for being generous with his knowledge and his time as an educator and as a mentor, said Gary Brown (BSEE ’63, MS ’64, PhD, ‘67), who is now a professor at Virginia Tech.

“When I first started working in the Antenna Lab, I worked for Paul on two antenna projects: WARLA = Wide Aperture Radio Location Array which was an attempt to make a wideband Wullenweber and a millimeter wavelength lens for omni-azimuth coverage,” Brown said. “I certainly learned a great deal from the work and working with Paul. The aspect of Paul's guidance that I most appreciated was the freedom he gave us to learn by our mistakes and I certainly made a great deal of them.”

Mayes advised Hugh Smith (BSEE ’84, MS ’86, PhD ’91), and Smith remembers him as someone who gave his students undivided attention. 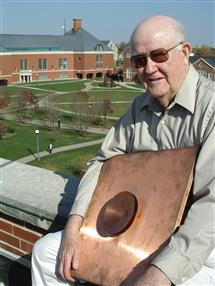 “Professor Mayes was a very approachable adviser who gave each student his undivided attention,” Smith said. “He did not lend himself to extremes, but rather calmly addressed the various agonies and occasional victories routinely encountered in research. He imparted an excellent understanding of the theoretical aspects of electromagnetics, yet also gave his students the practical knowledge of electromagnetics through experimentation. His teaching of both the theoretical and experimental aspects of electromagnetics has greatly benefited me throughout my career, as I use both nearly on a daily basis.”

“I remember having the chance to work with him for a short while and being so humbled by his knowledge,” Yong said. “His work has not only impacted our profession, but the daily lives of so many people.”