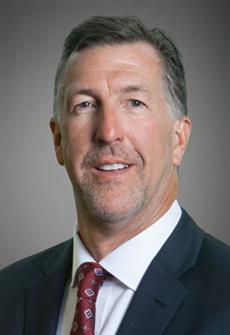 Mr. Ingram previously held several key roles at Avago Technologies, including chief operating officer, senior vice president, and vice president of WSD. Prior to the founding of Avago from the Agilent Semiconductor Products Group (SPG), he was vice president and general manager of the SPG Wireless Semiconductor Division. In addition to his bachelor's degree in electrical engineering from the University of Illinois, he earned a master's degree from Johns Hopkins University. He and his wife Patrice (Patti) have three children.

Mr. Ingram is from Perry County, a rural area in the southern part of Illinois. His mother was a teacher and education was always a priority for his family. This scholarship was created to help a student passionately pursue their education and use their knowledge as the launching pad to create an impactful career. The scholarship is given annually to a freshman at the University of Illinois at Urbana-Champaign enrolled full-time in the Department of Electrical and Computer Engineering.

The recipient must be a freshman enrolled in the Department of Electrical and Computer Engineering from the state of Illinois, with preference from Perry County. The scholarship may be renewable if recipient maintains their academic merit.

The recipient is recognized at the annual spring ECE Awards and Recognition Banquet.