“Okay, that’s not good, but today is going to be a great day,” Professor Andrew Singer told himself as he treaded in the cold, murky water of Lake Monona, near the Wisconsin State Capitol. For the fourth time, another competitor in Ironman Wisconsin had inadvertently kicked him in the face, knocking off his goggles, and for the fourth time, he was draining water from the lenses as other swimmers swarmed past.

He finished the 2.4-mile swim and rushed to his bike: off with the wetsuit and on with clip-on cycling shoes and helmet. He was still in downtown Madison when he realized that his bike computer, which tracks pace, wasn’t functioning, and again he encouraged himself, 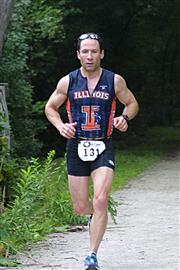 A few miles later, he repeated the same line when his nutrient-supplemented water bottle went catapulting from his bike as he crossed a railroad track outside of town. It landed in a thicket. There was no time to stop and look.

He reached into a bag stuffed inside his jersey and pulled out a product developed by ECE alumnus Karl King (BSEE ’66). It’s all he had left. Far from a sophisticated gadget, something expected from an electrical engineer, the product is an electrolyte supplement — S! Caps — sold by King’s company, Succeed! Sports Nutrition. Singer took one or two tablets per hour, and when he finished the 112-mile biking portion, it was a personal record time. The same was true of the marathon run that followed: a personal record.

“I decided from then on, that’s all I’m going to bring,” Singer said. “I need S! Caps, a positive attitude, and I’m good to go.”

Although King is an electrical engineer by training and trade, when he began competing in marathons and ultramarathons (distances beyond 26.2) in the late 1980s, he quickly realized that the sport drinks, typically touted for their electrolytes, were not doing the trick.

“I looked at the ingredients list on the products, and I said, I could do better than this," he recalled.

He studied the physiology of body electrolytes — learned how they were absorbed and used by the body and which were most important — and then he ordered small quantities of the requisite ingredients, “and literally mixed it up in my kitchen,” he said. His current formulation, which he developed in 1995, is based on the ratio of electrolytes found in blood plasma. This is important because as the electrolytes are absorbed into the blood stream, if the electrolyte mix is the same on both sides of the body membrane, the absorption is easy and doesn’t stress the body.

Athletes often ask King whether they need to train with S! Caps for some months to acclimate to the product. “No,” King would tell them, “You already are instantly used to it because it’s exactly what is in the body.”

His first formulation was quite close to the blood-plasma ratio.

“That was somewhat education and somewhat luck,” he conceded, and in 1989, he was approached by the director of the Ice Age Trail 50 — a scenic 50-mile run on trails near La Grange, Wisconsin — who asked him to provide his electrolyte supplements to the race competitors. At that point, 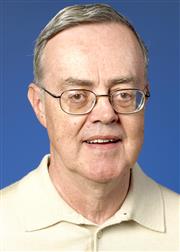 Karl King (BSEE '66).
King was using the products himself and giving them to friends (they raved about them), and since this would be his first public offering, he felt that the foundation of a company was needed. Before the race, Succeed! Sports Nutrition was incorporated, and the S! Caps were a hit.

Basically, the human body needs electrolytes because these ions regulate internal functions. Sodium, for example, facilitates digestion in the stomach, among other things. Low sodium in the middle of an extended run — especially those longer than a standard marathon — and the athlete, who must maintain a calorie intake of around 300 per hour, will become queasy and cramped, unable to digest food. Since sodium and other ions are released through sweat, they must be replaced, and S! Caps, with the optimal ratio of components, do so with almost instantaneous effects. In addition to the tablets, Succeed! offers three sport drinks and two packages of vitamins, minerals, and amino acids, designed for use prior to and following an endurance activity.

“Karl did the whole ultra-community a real service by looking into the science and understanding what was required and publishing extensively on it,” Singer said. “The fact that he’s an ECE alumnus is just icing on the cake. It’s amazing. He’s made a real difference in the lives of athletes around the world and helped to educate a community that was in great need of science, rather than mass-market advertising.”

Succeed! products are used by recreational and elite athletes alike. In last year’s 24 Hour World Championship, an annual event hosted by the International Association of Ultrarunners, the overall winner and overall second place were Americans and, according to King, both used S! Caps. They started at noon one Saturday, running circuits through the outskirts of Steenbergen, Netherlands, and when they finished, each had run over 163 miles. The woman who finished first for the Americans (second overall) was also using King’s products.

George Hood, holder of the Guinness World Record for the longest continuous ride on a spin bike (over 222 hours), also uses the whole Succeed! suite.

In addition to his sports nutrition work, King is a senior scientist for Hach Homeland Security Technologies, based in Loveland, Colo., near his home in Fort Collins. Throughout his career, he has worked at the junction of electronics and chemistry, developing water sensors that measure, among other things, pH, dissolved oxygen, and turbidity. He holds several patents on those innovations, and recently, with Hach, he has developed an event monitor that detects toxins in municipal water systems. Not only will the device trigger an alarm, but it also identifies the chemical pattern in the water, differentiating between cyanide and sodium fluoroacetate, for example, or kerosene and diesel.

Success seems evident in whatever King pursues, and as the name indicates, is also what Succeed! allows competitors. Singer completed his first Ironman triathlon in 2005, before a local ultra-runner introduced him to S! Caps. Race day was unusually hot in Madison, Wisconsin — temperatures above 90 degrees, humidity in the 90th percentile — and on the bike portion of the race, he began to see and hear ambulances racing along the course. Then, less than a quarter of a mile into the run, his own cramping set in. “It was horrible, really painful,” he said. “I finished that first race, and I thought, Wow, why would anyone ever want to do that?”

This season, Singer will race his 13th and 14th Ironman alongside fellow ECE Professor Bruce Hajek and Adjunct Associate Professor Brian Lilly of the Technology Entrepreneur Center. In the next year or two, Singer plans to race at the World Championship held in Kailua-Kona, Hawaii. When he does — when he is riding along the clear waters, beneath the palm trees and running among the lava fields — you can be sure that he will carry the work of ECE alumnus Karl King.