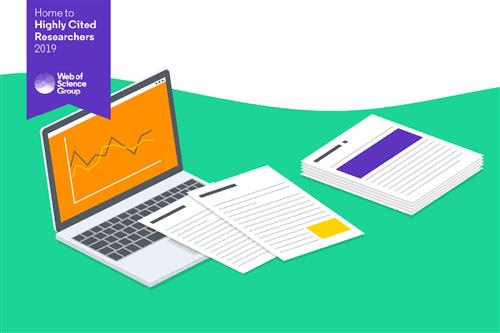 The list recognizes researchers “who produced multiple papers ranking in the top 1% by citations for their field and year of publication, demonstrating significant research influence among their peers,” according to Web of Science. It selected 6,216 researchers for their performance in 21 fields and for cross-field influence in scholarly publications from 2008 to 2018.

Ainsworth leads the U.S. Department of Agriculture Agricultural Research Service’s Global Change and Photosynthesis Research Unit. Her research examines genetic variation in crop responses to air pollution and climate change. She received the 2019 Prize in Food and Agricultural Research from the National Academy of Sciences and is an affiliate of the Carl R. Woese Institute for Genomic Biology at Illinois.

Hoffmann is a Founder Professor in materials science and engineering and a member of the Materials Research Laboratory. His research focuses on topics related to magnetism, such as spin transport, magnetization dynamics and biomedical applications. His work on spin Hall effects has contributed to the development of spintronics, electronic devices that harness electron spin for faster and more efficient computing. Hoffmann is a Fellow of the American Vacuum Society, the American Physical Society and the Institute of Electrical and Electronics Engineers.

Thomas Huang, electrical and computer engineering Photo by L. Brian Stauffer
Huang is the Maybelle Leland Swanlund Endowed Chair Emeritus in Electrical and Computer Engineering. He studies many fields related to computer engineering and artificial intelligence, including human-computer interaction, multimedia signal processing, computer vision, big data and machine learning. He retired from teaching in 2014, but remains active as a researcher. He also is affiliated with the Beckman Institute for Advanced Science and Technology.

Kwan investigates health, transportation and urban issues using innovative geographic information system methods. Her work encompasses environmental health, human mobility, access to health care, neighborhood effects, sustainable travel and cities, and the application of GIS methods in geographic research. Kwan is a Fellow of the American Association for the Advancement of Science and the U.K. Academy of Social Sciences. Among other honors, she received a Guggenheim Fellowship in 2016 and Distinguished Scholarship Honors from the American Association of Geographers in 2011.

Long is the Stanley O. Ikenberry Chair of Crop Sciences and Plant Biology. He uses computational and experimental approaches to improve photosynthetic efficiency, and works to address the effects of climate change on crop yield. He was elected a Fellow of the Royal Society of London in 2013, and has been recognized as a highly cited researcher in the field of plant and animal science every year since 2005. He directs Realizing Increased Photosynthetic Efficiency, a multinational project supported by the Bill & Melinda Gates Foundation, the Foundation for Food and Agricultural Research, and the U.K. Department for International Development. He is a member of the IGB. 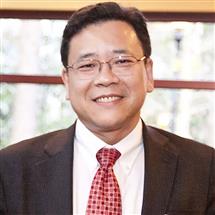 Ort is the Robert Emerson Professor of Plant Biology and Crop Sciences. His research focuses on improving photosynthesis and addresses crop responses to global change factors including increases in atmospheric carbon dioxide and temperature. He leads the Genomic Ecology of Global Change theme in the IGB and was elected to the National Academy of Sciences in 2017.

Arend van der Zande, mechanical science and engineering Photo by Julia Stackler
Van der Zande specializes in multidisciplinary nanoscience; specifically, his group uses two-dimensional materials, such as membranes and thin films, as molecular building blocks to construct new devices with applications in electronics, sensing, energy and more. He has affiliations with the Materials Research Laboratory, the Holonyak Micro and Nano Technology Laboratory, the Beckman Institute, and the department of electrical and computer engineering.

Check out the original article on the Illinois News Bureau site.