Ravishankar K. Iyer
In the race to manufacture autonomous vehicles (AVs), safety is crucial yet sometimes overlooked as exemplified by recent headline-making accidents. ECE ILLINOIS researchers are using artificial intelligence (AI) and machine learning to improve the safety of autonomous technology through both software and hardware advances.

“Using AI to improve autonomous vehicles is extremely hard because of the complexity of the vehicle’s electrical and mechanical components, as well as variability in external conditions, such as weather, road conditions, topography, traffic patterns, and lighting,” said ECE ILLINOIS Professor Ravishankar K Iyer, George and Ann Fisher Distinguished Professor of Engineering. “Progress is being made, but safety continues to be a significant concern.”

The group has developed a platform that enables companies to more quickly and cost-effectively address safety in the complex and ever-changing environment of autonomous technology. They are collaborating with many companies in the Bay area, including Samsung, NVIDIA, and a number of start-ups.

“We are seeing a stakeholder-wide effort across industries and universities with hundreds of startups and research teams, and are tackling a few challenges in our group,” said Saurabh Jha, a doctoral candidate in computer science who is leading student efforts on the project. “Solving this challenge requires a multidisciplinary effort across science, technology, and manufacturing.” 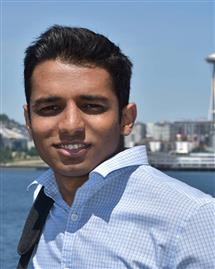 Saurabh Jha
One reason this work is so challenging is that AVs are complex systems that use AI and machine learning to integrate mechanical, electronic, and computing technologies to make real-time driving decisions. A typical AV is a mini-supercomputer on wheels; they have more than 50 processors and accelerators running more than 100 million lines of code to support computer vision, planning, and other machine learning tasks.

As expected, there are concerns with the sensors and the autonomous driving stack (computing software and hardware) of these vehicles. When a car is traveling 70 mph down a highway, failures can be a significant safety risk to drivers.

“If a driver of a typical car senses a problem such as vehicle drift or pull, the driver can adjust his/her behavior and guide the car to a safe stopping point,” Jha explained. “However, the behavior of the autonomous vehicle may be unpredictable in such a scenario unless the autonomous vehicle is explicitly trained for such problems. In the real world, there are infinite number of such cases.”

Traditionally, when a person has trouble with software on a computer or smart phone, the most common IT response is to turn the device off and back on again. However, this type of fix is not advisable for AVs, as every millisecond impacts the outcome and a slow response could lead to death. The safety concerns of such AI-based systems has increased in the last couple of years among stakeholders due to various accidents caused by AVs.

“Current regulations require companies like Uber and Waymo, who test their vehicles on public roads to annually report to the California DMV about how safe their vehicles are,” said Subho Sankar Banerjee, a CSL and computer science graduate student. “We wanted to understand common safety concerns, how the cars behaved, and what the ideal safety metric is for understanding how well they are designed.” 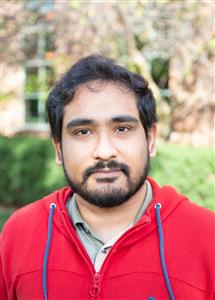 Subho Banerjee
The group analyzed all the safety reports submitted from 2014-2017, covering 144 AVs driving a cumulative 1,116,605 autonomous miles. They found that for the same number of miles driven, human-driven cars were up to 4000 times less likely than AVs to have an accident. This means that the autonomous technology failed, at an alarming rate, to appropriately handle a situation and disengaged the technology, often relying on the human driver to take over.

The problem researchers and companies have when it comes to improving those numbers is that until an autonomous vehicle system has a specific issue, it’s difficult to train the software to overcome it.

Further, errors in the software and hardware stacks manifest as safety critical issues only under certain driving scenarios. In other words, tests performed on AVs on highways or empty/less crowded roadways may not be sufficient as safety violations under software/hardware faults are rare.

“We inject errors in the software and hardware stack of the autonomous vehicles in computer simulations and then collect data on the autonomous vehicle responses to these problems,” said Jha. “Unlike humans, AI technology today cannot reason about errors that may occur in different driving scenarios. Therefore, needing vast amounts of data to teach the software to take the right action in the face of software or hardware problems.”

Future research
The research group is currently building techniques and tools to generate driving conditions and issues that maximally impact AV safety. Using their technique, they can find a large number of safety critical scenarios where errors can lead to accidents without having to enumerate all possibilities on the road – a huge savings of time and money.

During testing of one openly available AV technology, Apollo from Baidu, the team found more than 500 examples of when the software failed to handle an issue and the failure led to an accident. Results like these are getting the group’s work noticed in the industry. They are currently working on a patent for their testing technology, and plan to deploy it soon. Ideally, the researchers hope companies use this new technology to simulate the identified issue and fix the problems before the cars are deployed.

“The safety of autonomous vehicles is critical to their success in the marketplace and in society,” said Steve Keckler, vice president of Architecture Research for NVIDIA. “We expect that the technologies being developed by the Illinois research team will make it easier for engineers to develop safer automotive systems at lower cost. NVIDIA is excited about our collaboration with Illinois and is pleased to support their work.”

This research has been published multiple times by IEEE (article 1, article 2, article 3) and is funded in part by the National Science Foundation (NSF), an IBM Faculty Award, and an equipment donation from NVIDIA. Iyer is also affiliated with the CSL.