ECE ILLINOIS alumnus Danny Gardner (BSEE '17) was named in the 2019 Crain's Chicago Business' 20 in their 20s list. This annual list highlights 20 change-makers under the age of 30 who are revolutionizing their respective industries. 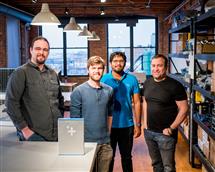 Gardner is the Founder and CEO of his startup Mesh++ which helps bring Wi-Fi into broad public places lacking it. The technology uses solar-powered routers in accordance to enable internet access to crowds of people. Mesh++ could potentially be applied in settings with large venues such as parks, concerts, or festivals.

According to an article by Crain's Chicago Business, Gardner considered using his technology to expand internet access to rural areas but after a visit to the Illinois campus by Chicago Mayor Rahm Emanuel, Gardner began rethinking after Emanuel asked, "Why are you going to all these places when you have the same problems in Chicago?" 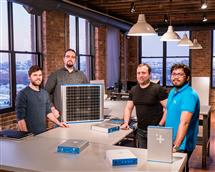 This led to a "city-funded test of the technology in Bessmer Park" on the South Side of Chicago which worked, albeit briefly. The success of the test convinced Gardner of its feasibility The technology has improved and progressed to the point where it has been used in Super Bowl events in downtown Minneapolis in 2018 and Wi-Fi at this year's Oscar's.

Mesh++ has into a company that has attracted $1.7 million in equity from investors and employs nine people which started as a college project. Former ECE ILLINOIS faculty member P. Scott Carney stated in an interview with Crain's Chicago Business, "I really think there's a case to be made that he was the brightest student I saw in 16 years of teaching."