ECE ILLINOIS nine additions to the faculty with the onset of the 2018-2019 academic year. The group includes four tenure-track and five teaching faculty members. 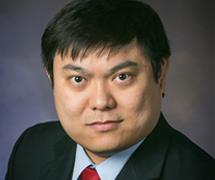 Xu Chen
Teaching Assistant Professor Xu Chen (BSEE '05, MS '14, PhD '18) continues his career at ECE ILLINOIS after earning all three of his degrees from the department. In addition to working as a research assistant in the Electromagnetics Lab, Chen has been an instructor, course coordinator, and teaching assistant for the department. He has industry experience through positions at Apple and IBM.

He has already amassed a record of fourteen publications in peer-reviewed journals and conference proceedings and three conference abstracts. Chen is also an active Promoting Undergraduate Research in Engineering (PURE) mentor, with eleven students researching under his guidance since 2013. Yuting Chen
Alumna and Teaching Assistant Professor Yuting Chen (BSEE '07) has been a departmental lecturer since 2015, prior to which she was a staff software engineer at IBM. She earned her bachelor's degree in electrical engineering from ECE ILLINOIS and her master's and PhD from Rensselaer Polytechnic Institute.

She is the co-PI for the iELITE (Integrative Engineering Leadership Initiative for Teaching Excellence) Project and is also the TPro2 (Teaching Professional Program) Representative for the College of Engineering, planning professional development and networking events for teaching faculty. She serves as the Women in Electrical and Computer Engineering (WECE) faculty advisor and has been a camp instructor for GLEE (Girls Learning Electrical Engineering) Camp. Zuofu Cheng
Alumnus and Teaching Assistant Professor Zuofu Cheng (BSEE ’06, MSEE ’10, PhD ’14) has been working at ECE ILLINOIS since 2014. As a student, he won the Donald L. Bitzer and H. Gene Slottow Creativity Award. He was advised by Lippold Haken for his PhD dissertation, "Design of a Real-time GPU Accelerated Acoustic Simulation for Interactive Applications.”

He served as the Head Teaching Assistant of the Advanced Digital Systems Laboratory from 2007 to 2014. In 2014, Cheng joined the ECE ILLINOIS faculty as a lecturer and became the Director of Hardware Engineering at Inspirit IoT in 2016. In 2017, he was the first place winner of the International Hardware Design Contest 2017 (DAC-IOT). Eric Chitambar
Associate Professor Eric Chitambar comes to the department from Southern Illinois University, where he has been serving on the physics faculty since 2012. He is best known for his highly-cited insights into entanglement theory and is focused on the mathematical theories and practical applications of quantum entanglement and other fundamental quantum phenomena.

Chitambar has authored 30 articles in top journals and has presented over 10 conference papers and more than 20 invited talks. His work earned him the prestigious NSF CAREER award in 2014. Wei He
Teaching Assistant Professor Wei He joined the ECE ILLINOIS faculty as a lecturer in 2014 after working as a faculty member at the Institute of Microelectronics of the Chinese Academy of Sciences and as a development staff member for the IBM Semiconductor Research and Development Center. In 2011, he received the IBM Invention Award, presented in honor of sustained invention activity. Bin Hu
Assistant Professor Bin Hu joins the department from Wisconsin Institute for Discovery at  University of Wisconsin-Madison where he was a postdoctoral researcher. His research focuses on building fundamental connections between control and machine learning. 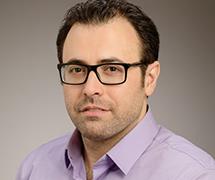 Dimitrios Katselis
Teaching Assistant Professor Dimitrios Katselis joined the Coordinated Science Lab in 2014 as a research associate and ECE ILLINOIS as a lecturer in 2015. He has held academic positions worldwide, including a research scientist appointment with KTH Royal Institute of Technology in Sweden and a visiting research position with the Australian Research Council Centre of Excellence at the University of Newcastle.

His research interests lie in the intersection of applied probability, machine learning, stochastic systems and control, information theory, system identification, and signal processing. He has published 40 papers in journals and conference proceedings Kirill Levchenko
Associate Professor Kirill Levchenko comes to the department from the University of California, San Diego, where he earned his PhD and served as a postdoctoral scholar, project scientist, and assistant research scientist. An alumnus of the University of Illinois at Urbana-Champaign, he earned a dual bachelor's degree in mathematics and computer science in 2001.

His publication record includes more than 40 papers in conference proceedings including ACM Symposium on SDN Research, Financial Cryptography and Data Security Conference, ACM Internet Measurement Conference, and IEEE Symposium on Security and Privacy. At Illinois, he conducts research at the Coordinated Science Lab. Ilan Shomorony
Assistant Professor Ilan Shomorony has been working at the University of California, Berkeley, as a visiting scientist and as a postdoctoral fellow. He has also worked as a data scientist at Human Longevity, Inc.

Shomorony received his bachelor's degree in mathematics and electrical and computer engineering from Worcester Polytechnic Institute in 2009 where he was awarded the Provost’s MQP Award (Best Senior Thesis Award). He earned his PhD in electrical and computer engineering from Cornell University in 2014 through the Olin Graduate Fellowship. He has published seven journal papers and fourteen conference papers, and he has been granted one U.S. patent.

Articles about Wei He