The end of the spring semester brings more than commencement ceremonies for the ECE Department; it is also the time of year when students, having submitted award and scholarship applications months before, learn whether that work paid off. This year, for six ECE students, the news was particularly good: Graduate Research Fellowship offers from the National Science Foundation (NSF). 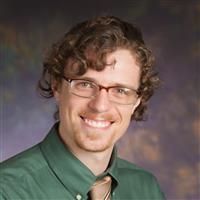 Josiah McClurg
The NSF fellowship is a highly esteemed award that provides graduate students in engineering, science, mathematics, and related fields with a three-year stipend and an allowance for tuition and fees and other expenses, totaling over $40,000 annually. The award is available to applicants through their first twelve months of graduate study, as well as to senior undergraduates.

This is a record number of ECE students to have been offered the award in a single year. Half of the six awardees are current graduate students—Nicole Bohannon, Choden Königsmark, and Josiah McClurg—and the others recently completed their undergraduate degrees in the department: Genevieve LaBelle, Maryann Tung, and Eric Wei. Honorable mention awards were also accorded to three students: Andrew Bower, Christopher Neumann, and Ning Wang. 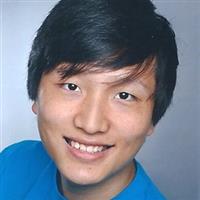 Choden Königsmark
“For the NSF committee to review your proposal and not only believe in the plan, but that you are the right person to carry it out is both humbling and encouraging and is sure to provide a spark for when I start my graduate studies next fall,” said Wei, who conducted undergraduate research in photonics and optoelectronics with Professor Emeritus [profile:s-chuang].

The applications, which numbered over 13,000 this year, are reviewed by a panel of field-specific experts who evaluate the intellectual merit of the work, while also looking at how the research promotes teaching and training, and how it benefits society as a whole. Receiving the fellowship, or even honorable mention, is as much an affirmation of the research’s importance as it is financial support. 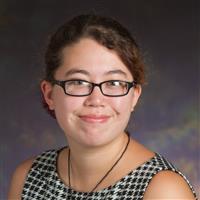 Maryann Tung
“I was reminded that the mission of science goes beyond the mere accumulation of knowledge, and that the best scientists are those who care deeply about their community,” said McClurg, who is studying efficient data center power delivery with Assistant Professor Robert Pilawa-Podgurski. “My passion continues to be applying my education and research as a means to improve the lives of others.”

Each of the students worked closely with ECE faculty in shaping their fellowship proposals, and Königsmark, who has been researching circuits and signal processing with Professor Martin D F Wong and Associate Professor Deming Chen, summed up the collective sentiment: “I feel that I received the award based on the importance of the proposed research, but also because of the help that my advisors provided,” he said. “My advisors were very supportive.” 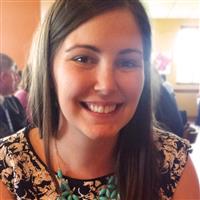 Genevieve LaBelle
Bohannon studies antennas for communication and wireless sensing with Professor Jennifer Bernhard, and she has also received and accepted a National Defense Science and Engineering Graduate Fellowship.

LaBelle, one of the three undergraduate recipients, has been working with Bioengineering Assistant Professor Brad Sutton and will return as an ECE graduate student next fall to work on improved MRI and parallel computing technologies. "I think it proves the national commitment to neuro-health," she said of the award.

As an ECE undergraduate, Tung conducted research in nanotechnology with Nuclear, Plasma, and Radiological Engineering Professor David N Ruzic and Assistant Professor Eric Pop. "I feel honored to have received this award," she said. "I owe this success to my research and academic advisors."

In addition to the banner year for ECE students, a record 43 NSF fellowships were offered to students campus-wide, along with 38 honorable mentions. The number of fellowships awarded nationally was increased in 2010, with 2,000 offered each year. Even so, for a program that includes some of the nation’s top political and technological leaders as past awardees (including Google co-founder Sergey Brin and numerous Nobel laureates), these record numbers are a testament to the high caliber of students and faculty working in research programs across the campus and especially in the ECE Department.