Illinois students have made the bold prediction that Donald Trump has a zero percent chance of winning the upcoming election, meaning Hillary Clinton is going to be the next president of the United States. ECE ILLINOIS affiliate Sheldon Howard Jacobson, professor of computer science and director of the Simulation and Optimization Laboratory and the Bed Time Research Institute, has helped develop an algorithm that he believes can accurately predict this year’s upcoming presidential election. As the founder and overseer of the student run learning lab, Election Analytics @ Illinois, Jacobson has been analyzing political polls since 2008. 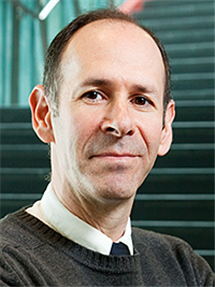 Sheldon Howard Jacobson
ChicagoInno has published an article about Jacobson and the work his students have done. In their article, “What’s the Chance Donald Trump Wins the 2016 Election? 0%,” ChicagoInno highlights the exceptional work the lab has done in regards to political poll analyzing.

Election Analytics takes the data of each election poll and applies it to their complex algorithm allowing them to predict the odds each candidate has of winning the election if it were held that day. The group is similar to websites like, FiveThirtyEight and the Princeton Election Consortium, but Jacobson believes their predictions are more exact.“We have developed some pretty sophisticated algorithms which work extremely well,” said Jacobson. “What the other websites do is fantastic, but the fact that we can do better than their fantastic is pretty impressive.”

The difference between the University group and other election forecasting websites is that Election Analytics is completely student run and works with a low budget.“We have undergrads build the website,” said Jacobson. “This is transitioning what they learn in the classroom to a project they can tell their friends and families about. It is really a once in a lifetime opportunity for most of them.

As of last week, the lab determined that Hillary Clinton had a 100 percent chance of being elected the next president, leaving Donald Trump with a zero percent chance. The website is updated daily and has had a successful record of accuracy in the past.

“We can do forecasting at a level that the very best in the country can do and we do it on a shoestring budget with a group of students,” said Jacobson.

Election Analytics calculations as of Oct. 16, 2016, at 5 p.m. show that Donald Trump still has a 0% chance of winning the upcoming election.

The group’s website has gained national attention because of how transparent they are regarding their calculations. Unlike other websites, Election Analytics has shared its algorithm and encourages others to use it.“We have actually published our algorithms and other people have used them,” said Jacobson. “Our algorithms are good enough that people look at it and say ‘hey, that’s a pretty good algorithm, I am going to use it.’”

The groups research was also featured in the Daily Illini this past week in the article, "University Projects Predicts Presidential Election Results."