ECE ILLINOIS is changing the world through computing technology

The world doesn’t run without computers, from the software powering tiny wearables to the hardware making possible wireless networking and computer processing. ECE ILLINOIS faculty and alumni are making unparalleled contributions. To this brave new world of computing, though, their work sometimes hums along in the background. 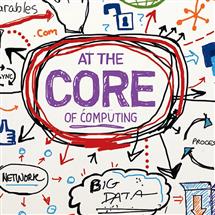 “When people think of electrical engineering, they think of lightbulbs,” Associate Professor Romit Roy Choudhury (MS ’03, PhD ’06) said. But ECE ILLINOIS’ contributions are much greater, touching everything from smartphones and smart cars to the next generation of social networks, computer security, and data transmission.

Roy Choudhury compares ECE’s pivotal role in computing to the work it takes to produce a movie.

“Other than the hero and the heroine in the movie, you hardly know anyone else, but the director and editor make big contributions,” he said. “Similarly, in many technologies, ECE plays a background role, much like the director, editor, camera man, and costume designer of a movie. These roles are incredibly important, but when it comes to popularity, people typically recognize the actors of the movies.” 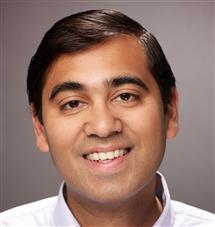 Ashutosh Garg
Ashutosh Garg (MS ’00, PhD ’03), co-founder and CTO of BloomReach, sees his company’s search engine optimization tool as benefitting both consumers and businesses. How often have you searched for something, like red sneakers, only to be dumped into a big, generic site where you have to start your search all over again? Or, just as bad, get sent to a site that isn’t quite right, like one featuring red boots?

BloomReach’s technology helps users get what they want by making it easy to find what they’re looking for and see relevant results. Its algorithms match an understanding of product content with web-wide demand to discern the similarities and differences between nuanced items like sneakers, shoes, boots, tennis shoes, and trainers. This ensures the right products show up for a user, regardless of platform. You might not be aware of Garg’s work, but it makes your shopping experience far more efficient and enjoyable while significantly improving revenue for e-commerce sites. 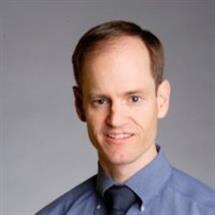 Eric Klinker
Consider the need for sharing large amounts of data without having your computer grow cobwebs. Eric Klinker (BSEE ’91), CEO of BitTorrent, is at the forefront of this field, striving to make the Internet more efficient for media by using the principle of decentralization.

With BitTorrent, which accounts for 40 percent of all Internet traffic, data can go directly to the other person’s computer, bypassing the cloud or other centralized servers. It’s faster, more private, and can handle large amounts of data. Klinker credits his ECE ILLINOIS education for his success.

“My ECE background has given me both the inclination and ability to recognize the challenges we face as the Internet scales into the future,” he said.

“When attacking some of the fundamental problems we face on the Internet, it helps to have a fundamental understanding of the Internet itself, including the protocols and infrastructure that collectively make up the network,” Klinker added. “From basics in computing and communications, both theory and practice, ECEs around the world have helped create the foundation on which the entire Internet rests.”

Creating a new way to pay 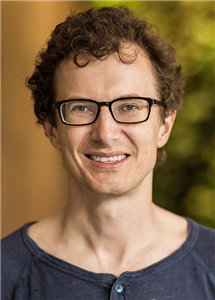 Luke Nosek
From a young age, PayPal co-founder Luke Nosek (BSCompE ‘96) was a maker, always learning by doing. On the Illinois campus, he found camaraderie with other members of the Illinois chapter of the Association of Computing Machinery.

Projects he worked on included an Internet-connected scrolling sign (“Twenty years ago, we were doing the Internet of Things. That’s how far ahead in the future we were able to see”) and helping to bring Illinois' library system online. He conducted research on massively parallel supercomputers, but found more of an affinity in programming and building Internet applications with software.

Through that progression—building things first for himself, then his classmates, then for the general public—he developed a passion for harnessing technology in useful ways. PayPal evolved when Nosek worked with computer science alumnus Max Levchin to figure out a way cryptography could apply in a useful way to the general public. Money seemed like a great application.

As their company evolved, they looked for ways to improve its usability. “Our vision: Can everyone use PayPal? And now, everyone does,” Nosek said.

After selling the company and working with a group of friends and PayPal co-founders to create Founders Fund, Nosek applied those principles to venture capitalism. The Founders Fund philosophy: to invest in companies using technology to solve the world’s most important problems, from sending man to Mars or curing cancer or AIDs.

Defining the future through networking and mobile computing Romit Roy Choudhury
Associate Professor Roy Choudhury’s research group is working on networking technologies and applications. Projects include, among other things, enabling drones to serve as flying cell towers. When people need high-quality network service or are at locations with weak signals, he said, a drone would recognize the situation, fly in, and hover at an optimal location to meet the clients' demands. Michael Bailey
Associate Professor Michael Bailey, one of many ECE faculty members involved in security, or trustworthiness, measures computing “at scale.” “At scale” means he looks at how the entire Internet behaves. That’s exabytes (1,000 petabytes) of data from billions of users and devices.

By analyzing the data at this level, Bailey can observe not just the properties of individual systems, but the properties of trustworthiness that emerge only at scale. By developing a better understanding of these emergent properties, Bailey hopes to inform governmental policy, predict future data breaches, and ultimately contribute to a more trustworthy Internet.

Connecting hardware and software through systems 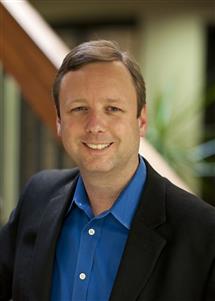 “They couldn’t see what was happening on the inside to prevent further loss of life,” Bratton said. “That was just wrong.”

The LexRay platform takes video and information systems out of fixed facilities and puts it into the hands of mobile users on the scene or en route. He’s solved a different challenge in mobile computing, too: getting data from legacy back-end systems to mobile devices.

“Most legacy systems did not have reliable ways to integrate with modern mobile environments,” Bratton said.

His mobile middleware platform pulls data from different back-ends and weaves it together. It strips unneeded data and runs business logic to proactively fetch information or add mobile-appropriate processing power.

“It delivers data much more quickly and uses less bandwidth,” Bratton said. “It mobile-enabled systems that would have been cumbersome to re-engineer.”

Bratton is passionate about using computing to empower others. “Publishing my enterprise app strategy book, Billion Dollar Apps, and more recently the roll-out of the App Roadmap Workshop (approadmap.com) has allowed me to make a huge impact on businesses worldwide,” he said. “I’m seeing organizations cut 50 to 90 percent from inefficient processes by applying the right apps.” 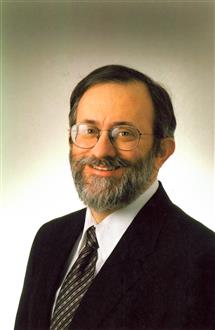 Joel Emer
While Joel Emer’s work may not be explicitly visible like the latest app, his work affects every computer user. Emer (PhD ’79) has spent his career deep in the innards of computer machinery, working to make computers faster and more efficient.

His techniques have established industry-wide practices and were the basis for the major textbook in the field. More recently, Emer provided a key insight: pioneering work developing simultaneous multi-threading, which uses hardware to improve the efficiency of the CPU. Many computers use this technology in their processors. In 2009, Emer received the prestigious Eckert-Mauchly Award, the highest professional recognition for contributions in computer architecture.

“There is no question that my adviser, (former Professor) Ed Davidson (PhD ’68), was the one who instilled in me the importance of understanding systems quantitatively to see if a design idea was good or bad,” said Emer, now a senior distinguished research scientist at NVIDIA and an MIT professor.

Emer said it was not uncommon in industry in the early 1980s for engineers to promise things (“If you let me double the size of the cache I promise the machine performance will be doubled”) with no data.

“I worked hard to develop the methodology to allow us to evaluate things quantitatively,” he said. He was able to determine, for example, that on the VAX-11/780, the pre-eminent superminicomputer of the time, “the entire effect of the cache is approximately 10 percent, so if you make it zero, you’ll only gain 10 percent.”

His work characterizing machine performance led to better understanding, which in turn  enabled him to propose new architectural concepts that have appeared in many processors such as VAXes from Digital, Alphas from Digital/Compaq, and x86s from Intel. Gregg Zehr
Gregg Zehr (BSEE ’76, MS ’77) was drawn to Amazon for the opportunity to “work on something unique,” he told Verge magazine. He’s been president of Lab126, Amazon’s research and development arm, since its founding in 2004. Zehr led efforts to transform the reading experience with Kindle.

At first  Zehr was lukewarm on the idea because he’d seen startups try and fail in this domain. But then he realized Amazon was the best player to make the digital book because of its access to vast amounts of  content.

“Here was a company that said, ‘We want content on a device. We have the content. We have the business relationship. We know how to sell it. We just don’t know how to invent it,’” Zehr said. “Amazon  had access to content. But they didn’t have a device. So I thought, well, I know how to do a device, so great. Let’s get going,” he said.

Despite technical challenges on everything from ergonomics to figuring out wireless connectivity, plus security, Kindle was a smash hit, selling out in five and a half hours the day it was released. “That’s the fun of being the engineer at a company who’s full of visionaries but not stuck in a box of what can be done,” he said. “They’re not biased by what can be done or what’s hard or what’s easier.”

Writing the book on parallel processing “All computers have become parallel computers,” Hwu said. “It’s important that all our students are skilled in programming them.” He credits working with what he calls “the best faculty and students” at ECE ILLINOIS in helping him succeed. “It would have been impossible to do my work without the collaboration with my colleagues,” he said.

“We look for people passionate about problem solving, very interested in technology, and the world around them,” he said. “It’s not so much about the code they can write as being a good problem-solver, smart, articulate, mature, and poised. Some of the smartest engineers graduating today are coming from ECE ILLINOIS.”

“At Google, we aspire to recruit versatile generalists who can adapt to the ever-changing environment we operate in,” Marmann said. "At the University of Illinois, we find these kind of students and graduates. They are equipped with the necessary skills required to make an impact in our fast-paced industry.”