Traditionally, graduate students learn from professors who are experts in their fields. As the student conducts experiments and derives models, they learn more about what the professor already knows.

But when PhD student Jiaqi Mu started working under Professor Pramod Viswanath, he saw an opportunity to learn something new together. 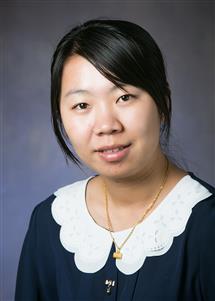 “Jiaqi is mathematically talented,” Viswanath said. “That’s her background and she’s taking the strongest math and theory courses  now. But, she made it clear she wants to do something with very clear goals, something where she can step back and see concrete developments coming out of what she’s researched. I think natural language processing, with its combination of linguistic theory and solid applications in helping software understand human language, is perfect for that.”

Natural language processing involves understanding the mathematics and underlying grammars behind language, and being able to craft algorithms that can examine and eventually understand human communication. Along with Viswanath, Mu is being advised by computational linguistics expert Dr. Suma Bhat.

Though Mu has only started work in the past few months, her work showed enough promise to win a $15,000 graduate women’s scholarship from Microsoft Research. In addition to funding for tuition, the scholarship also includes a travel allowance of $2,000 for Mu to visit a conference in her field of study. She was one of just 10 winners of Microsoft’s Graduate Research Women’s Scholarship, an award that had at least 200 applicants, nominated by top universities nationwide.

“I was so excited when I heard the news,” Mu said. “I definitely feel that I owe Microsoft a great deal, because they gave me work experience when I interned with them in Beijing, and now they are funding my education with this scholarship.”

At Beijing, Mu worked on the research team for Microsoft Azure, the company’s cloud infrastructure, and co-designed an algorithm to help it allocate system resources efficiently, which has since been shipped to all of the data centers using Azure worldwide. She also worked on finding ways to analyze information from distributed data centers using compressed sampling techniques that let researchers reconstruct information from sparse signals, and find outliers in the data they collect. 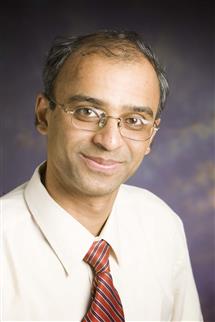 Viswanath and Mu are trying to explore the field of natural language processing through a machine learning-based approach. They are trying to understand and eventually work with deep neural networks: structures that find patterns in the data that is fed to them, and eventually use those patterns to learn organically.

“The end goal of what we’re trying to do – and this is still far in the future – is to make sense of natural language text, or semantic understanding," Viswanath said. "The challenge is that no one really understands what kind of a 'signal' natural language is. In the context of speech signals, it is like the time when the Fourier transform had not yet been discovered.”

Mu said when she enrolled at ECE ILLINOIS this fall, she wasn’t sure how she’d focus her research.

“I just knew that whatever I picked had to combine theory and applications,” she said. “Natural language processing is a great area because there is a lot of theory about linguistics behind it, but the developments we make will result in practical gains for anyone that is trying to help computers understand people.”

She hopes her work with Viswanath will result in what she calls “solid applications for the field.”

“My dream actually is for this to contribute to developing artificial intelligence, making something that understands people,” she said. “There’s still a very long way to go, but step by step, our work will get us there.”

Viswanath is already highly impressed with her progress.

“I’m fortunate to have had several very strong PhD students to work with. Jiaqi is continuing this streak of good fortune. I 'm  impressed by the caliber of Jiaqi’s work,” Viswanath said. “With the progress we’ve made in learning about this field, I’m surprised that she’s only been here for a few months.”