This week, the Computer History Museum (CHM) in Mountain View, California, will welcome a select group of Illinois alumni as it celebrates the 50th Anniversary of PLATO, a large-scale computer system for which numerous popular technologies were invented, including gas-plasma flat-panel displays and interactive touch screens, as well as many software innovations.

A coproduction of the PLATO History Foundation (PHF) and CHM, the event will assemble in one place many of the key people involved with the creation of PLATO, for the first-ever public conference celebrating its history and accomplishments.

PLATO's list of innovations and seminal influences is considerable. Stemming from the University of Illinois in the 1960s and later marketed by Control Data Corporation, PLATO stands for Programmed Logic for Automated Teaching Operations. Designed as a large-scale system to teach students nationwide, with more than 10,000 hours of courseware in subjects ranging from elementary math to air traffic control, the federally-funded system quickly became much more—a virtual microcosm of today's online world, with a thriving online community predating today's social media by decades. 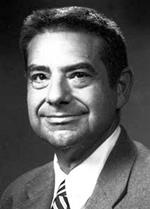 The PLATO@50 conference features a significant lineup of speakers, including U of I alumnus and ECE Professor Emeritus Donald Bitzer (BSEE ’55, MSEE ’56, and PhD ’60), creator of PLATO and co-inventor of the flat-panel gas plasma display; and  Ray Ozzie (BS Computer Science ’79), Chief Software Architect of Microsoft who worked as a systems programmer on PLATO in the 1970's.

“Those of us who were fortunate enough to have been early users of the PLATO system got a sneak peak at what one day the internet would become,” said Ozzie. “Don Bitzer believed that computers could have a far broader impact than just simply computing; that in fact they could transform how we learn. But beyond education, the unbounded creativity of its emergent online community caused PLATO's impact to be far broader than any of us could have ever imagined.”

“It's one of the great, unsung stories in computing over the last half century, and we're proud to stage this event on site and online,” said John Hollar, president and chief executive officer of the Computer History Museum.

On Wednesday, June 2 at 7:00 p.m., CHM presents “PLATO@50: Seeing the Future Through the Past.” The evening program will begin with a PLATO overview presented by Dear. Then John Markoff of The New York Times will moderate a panel featuring Bitzer and Ozzie. Daytime panels on Thursday, June 3 will discuss the culture of innovation fostered by Bitzer, PLATO hardware and software, online education, online multiplayer games, and PLATO's online community. For more information and event descriptions, visit http://computerhistory.org/events/listing/plato-at-50/.

About the Computer History Museum

The Computer History Museum is a nonprofit organization with a four-decade history. The Museum is dedicated to the preservation and celebration of computer history, and is home to the largest international collection of computing artifacts in the world, encompassing computer hardware, software, documentation, ephemera, photographs and moving images.

CHM brings computer history to life through an acclaimed speaker series, dynamic website, onsite tours, as well as physical and online exhibits. Current exhibits include, Charles Babbage's Difference Engine No. 2, Mastering the Game: A History of Computer Chess, and Innovation in the Valley -- A Look at Silicon Valley Startups. The online exhibit, featuring the Timeline of Computer History and over 600 key objects from Visible Storage, is found at: www.computerhistory.org.