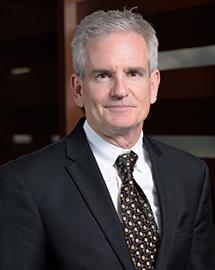 Originally from rural Illinois, Jo Major is the CEO of InSite Partners, LLC. He co-founded the technical investment firm in 2008 to innovate products for investment and technical support, leading to publications and patents in the fields of remote sensing, 60GHz chip design, and power distribution in ethernet systems.

Major began his career at Spectra Diode Labs, a Silicon Valley start-up specializing in high-power semiconductor lasers. His work led to the commercial introduction of a number of award-winning products, including the 980nm pump laser. Thanks to the laser’s explosive growth, the company was acquired by JDS Uniphase. In the new organization, Major restructured the global optical components group and enabled the production of several key technologies, including the first commercially viable 32 channel optical switch and advanced modulation technologies.

Major then went on to become the CEO of Avanex, a NASDAQ telecom equipment supplier. During his tenure there, Avanex doubled in size, and became the most profitable company in its class, winning the Deloitte and Touche “Fast 500” awards in 2004 and 2007, and the “Technology Fast 50” award in 2007.

Major received all three of his degrees from ECE ILLINOIS, with his PhD research performed under Professor Nick Holonyak, Jr.